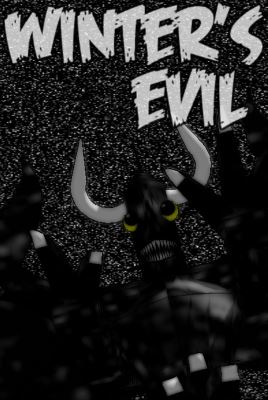 Three ancient castles guard the passes between the northernmost civilized territories and those icebound wastelands populated by the barbarian tribes known collectively as the Caledon.  Their builders are widely accepted by scholars to be early Teuton knights from the First Era.  The origin of the stones used in the building remains unknown.  These stones are notable for their resistance to time and weather.
The vacant fortresses were occupied by Sudlander forces in the 30th year of King Osric's reign and were renamed Hawkwing, Bloodfalcon, and Darkraven.  (Their original names in the Caledon tongue were: Brynaghar, Talnaghar, and Shanaghar.) Two years later, their garrisons were wiped out by Caledon rebels who attacked in great force and without formal declaration of hostile intent.
The castles were extensively upgraded and re-garrisoned in the 37th year of King Osric's reign.  An expeditionary force under Lord Peyter ventured forth from Castle Hawkwing and destroyed several Caledon villages.  Rebel leaders were arrested and impaled as punishment for their grievous crimes.  The Caledon tribes have since been silent, having been taught an enduring lesson by the iron fist of their Sudlander masters.

Wind howled through gaps in the rotted doors and shutters of the old watch tower.  Despite the kindling fire he'd lit in the rusted iron brazier, Declan was damned cold.  He rubbed his hands together, trying to restore feeling to his fingers.  He hated skulking like some vile assassin in the middle of the night, most especially in this filthy weather, but he had little choice in the matter.  If he didn't conclude this business soon then there would be hell to pay, in more ways than one.
"Ah tell ye, ye're takin' a terrible risk," Makdoor said.  The cold and the snow didn't bother Makdoor.  Nothing did, not any more.  Declan shrugged.  He knew he was taking a risk, but he'd had enough of talking and planning and hiding.  It was time for action—time to match the enemy's cunning with ruthless determination.  He'd laid the bait for the traitor and would deal with him in his own way—directly, with the point of his sword.  He wasn't so old that he couldn't take care of this situation himself.
"Someone comes," Makdoor said.
Declan stepped away from the brazier, swept his cloak back to free his sword and turned to face the door.  "Hide yourself," he said to Makdoor.
"As ye wish."
The locking-bolt lifted and the door creaked open.  Declan held his breath, expecting to see a gloved hand, a masked face—
The brazier's flame guttered and died, plunging the room into darkness.  A barely seen shadow closed about Declan, who only had time to scream once before he was crushed in an icy embrace that turned his bowels to liquid.
The shadow cast the corpse down.  It paused then, looking around the tower room as if expecting to see something or someone else there, but nothing presented itself.  The creature focused on the dead man and, bending down, drove its claw into his chest and tore out his heart.
Sentries came running in response to the horrific scream.  When they finally puffed and panted their way to the top of the tower's icy stairway they found the twisted corpse of the King's Lord High Accuser lying beside the extinguished brazier, staring at them with unseeing eyes.
There was no sign of his murderer.

Little had changed inside the Keep.  The paintings and tapestries, the statues and busts, were all familiar friends.  Lochalain climbed the stairs to the second floor and found Varin, Foxworth and two unknown knights in the library, studying a map spread across the table.  Varin looked up from the map as Lochalain entered.
"Lochalain, allow me introduce Sir Galdor and Sir Trefall, from Castle Talnaghar.  Their patrol arrived yesterday and was due to return to Talnaghar today.  They have volunteered their services, without reservation."
Lochalain had nodded to each man as Varin named them.  Galdor was perhaps Varin's age.  His hair had turned iron gray and his tanned face bore scars from several campaigns.  Trefall—he knew that name, surely?—appeared to be Lochalain's age and was marked by narrow features and pale blue eyes.  Galdor returned Lochalain's nod easily but the younger Trefall stared at him coldly, making no acknowledgement of the formal introduction.  Lochalain presumed Trefall disliked the Caledon.  That attitude came as no surprise, Lochalain had encountered hostility from Sudlanders all his life.  The difference now was that Caledon servants of the Sudlander king were permitted to carry weapons.  Because of this, Sudlander prejudice rarely strayed beyond chill looks and sneers.
Varin continued, "Lochalain, I realize you have important business to attend to—"
Lochalain held up a hand, interrupting him.  "Lord Declan's corpse will keep.  I'll join the search willingly if you can lend me a fresh horse," he said.
"Good," Varin said, and studied the map again.  Lochalain had neither wanted nor expected any thanks, but Foxworth smiled at him even if Varin did not.  The Sudlanders could be trusted to carry out a competent and thorough search but Varin wanted Lochalain's Caledon hunting skills and instincts to improve their chances of success, that much was obvious.
"How many men do you have?" Lochalain said.
"I have twenty men under my command," Galdor said.  "If Roger's disappearance is a foretaste of hostile Caledon rebel activity then perhaps 'twould be best if Brynaghar's garrison remained at full strength."
Lochalain nodded agreement, though he suspected Declan's death and Roger's disappearance might be related, and both had nothing at all to do with the Caledon who still refused to accept Sudlander rule.  As for Brynaghar—if attacked, Varin would certainly need every man he could muster, if Sergeant Erlun and the gatehouse sentries were anything to go by.
Trefall continued to look daggers at him and realization came suddenly upon Lochalain.  The chaos of Declan's death had masked the memory.  Trefall was the son of Lord Sander, Master of Talnaghar, Varin's friend and ally.  Before her death, Jane had been promised to Trefall.  A political marriage, she'd told Lochalain, her voice oddly distant as they'd sat beneath the apple tree the day before she'd died, watching the sun sink slowly toward the hills.  He'd said nothing.  What was there to say?
"All other business must wait," Lochalain said, staring directly at Trefall, "until we find Roger."
The young knight apparently understood Lochalain's meaning for he gave a barely perceptible nod.  But the message in his cold blue eyes was clear.  Before Lochalain left Brynaghar, there would be a reckoning.

Once again a chill ran up Lochalain's spine as he looked back at Castle Brynaghar's forbidding walls.  Aye, there were too many painful memories for him here, but he'd live with them now, knowing that Jane's death had at long last been avenged.  Wherever she might be, he wished her spirit peace.
Since Makdoor had found him in the ruined North Tower and led him to safety, Lochalain had been filled with doubt.  He might be the King's Herald but he was still a Caledon, and the thought of vengeance against the conquerors of his people thrilled him.  Yet Declan had shown him that not all Sudlanders were evil.  A struggle of conscience raged within Lochalain.  Part of him wanted to order Makdoor to Caernelor so that the Circle might warn King Methelir of his cousin Norfax's deceit and the danger the Caledon represented.  But another part of him, the Caledon part, said to hell with the Sudlander lords and the treacherous bed they'd made for themselves.  Let Methelir ride north to his death at the hands of the traitors.  If and when Norfax donned Methelir's bloodstained crown he'd soon discover the perils and dangers of kingship.
He shared his feelings with Makdoor, who had also been a Druid before a Sudlander sword ended his life.  Makdoor seemed to give the matter much thought before he replied.
"'Tis not the Circle's place to interfere in the politics of mortal men.  Methelir must defend himself against his enemies.  Our task is to deal with Norfax if and when he gains power.  We long suspected his true allegiance.  Tarelius and Brecht will see to him when the time is right.  His undoing is but one of Declan's many contingency plans."  Makdoor looked up at Lochalain.  "But if ye believe the Sudlander king is worth the saving, then tell me and I shall convey yer words to the others.  Make haste, for the dawn comes soon."
Lochalain shook his head.  "Declan always believed those who rule must make their own decisions and solve their own problems, for better or worse.  I believe that, too."
"Then so be it," Makdoor said.  "May yer journey be a safe one, lad.  We shall speak again one day."  And as the first rays of dawn touched the horizon the old ghost faded.
At last the snow stopped falling.  Lochalain pursed his lips thoughtfully.  Had he made the right decision?  Only time would tell.  Come what may, the struggle would continue.  The Circle would always resist the Black Circle's treachery and Shadow's darkest evil, and Lochalain's sword-arm would lend weight to that struggle, as his friend Declan would have wished.

This story is related to: 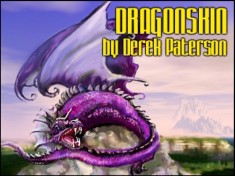 Top
Back to my Home Page