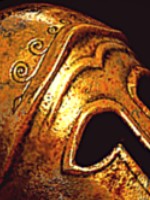 
How to Get a Head in Life
by Derek Paterson
Published by Timeless Tales Magazine
Issue #4, "Perseus and Medusa" theme, July 2015

Copyright © 2015 by the Author. All Rights Reserved.